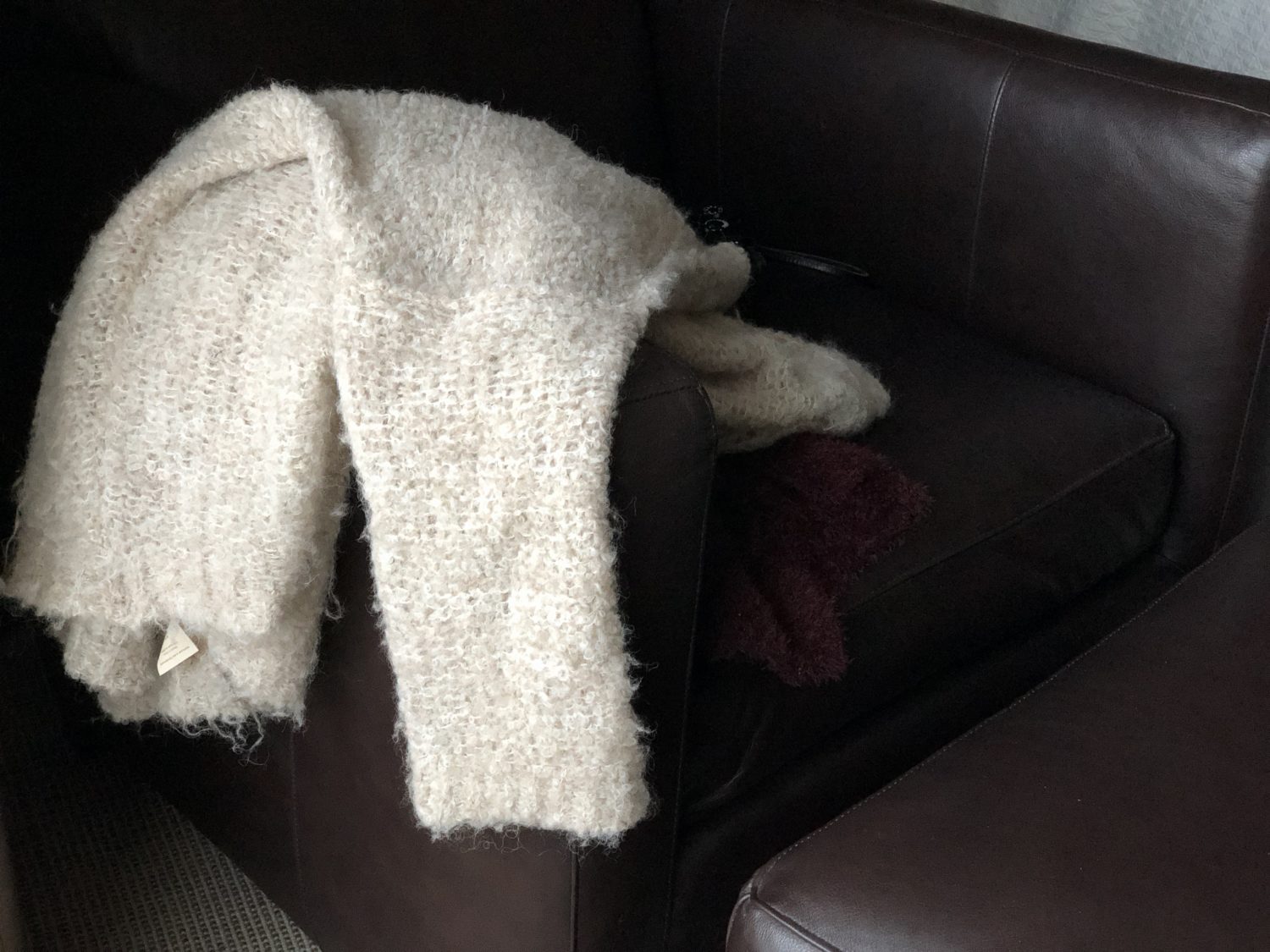 Today was the day I’ve been waiting for… Usually, the day comes a lot sooner than it did this time, but it always comes, and I hadn’t yet started to get afraid that it wasn’t going to come, which is good. Because that’s Dread Level 10 and I have only gone there a couple times and it was horrible and I don’t plan to ever go there again. I usually hover at or around Dread Level 2 and that’s totally manageable.

The day is when the dam breaks. When I haven’t put pen to paper or fingers to keyboard in far too long for anything more than a long-winded Facebook post, and then I do. The day when my brain says “Okay, that was a long nap, now get back to work” and a literal brainstorm hits and the lists of projects spool out and there’s excitement rather than dread about digging into them. When they, by some unseen force, narrow themselves down from one monster of an overly-general idea into several little, manageable, baby monsters which sweetly mew for attention rather than growl and swipe at my ankles with sharpened claws. And who doesn’t respond with love to sweet mewling?

Today is that day. And I spent it, mostly so far, on organizing the brainstorm and clearing out the debris. And part of that process was to go through all of the draft posts on the ole blog here to see if there’s anything salvageable, or anything that needs to be edited and posted, or anything that I’m very, very glad I didn’t post (hello delete button!).

There was a lot of deleting. There are a few salvageable posts that I may or may not go back to.

And then there’s this. Sweater.

I have no earthly idea what in the hell I was going to say. The draft consists only of the title–Sweater–and nothing else. I think I was in Florida when I started the draft. And I have a vague memory of thinking of something to say about sweaters, or perhaps, probably, one sweater in particular, and sitting down to write a blog post about it and then forgetting what the hell I was going to say, just the way it happens when you leave one room to go get something from another and you forget what it was by the time you get there. My mother read a theory about this that involves doorways, and that your mind kinda clears itself when you go through a doorway (I’m sure the theory is more involved than that, but this is what I half-remember from the times I was only half-listening all the times my mom has told me about this theory).

But Sweater. The truth is, this draft-that’s-just-a-title has been sitting here for a really long time. At least a year. Possibly two. And today was not the first time I reviewed my half-finished drafts, and I usually delete the draft-that’s-just-a-titles but I kept hanging on to Sweater and I honestly don’t know why and I certainly hope it wasn’t because I’d had a lot of wine and had come up with some profound-but-forgettable thought which I forgot any details of aside from “Sweater” because it really wasn’t all that profound to begin with, it was just the wine, and I’ve been sure I’m someday going to remember what the hell I was going to say, but that’s probably the case.

Maybe it was about that time when I was in middle school and my Polish grandmother was staying with us while my parents were out of town, and I got it into my head that I needed to wash the Icelandic-style sweater that I’d begged my mom to buy me because they were all the rage in the early-to-mid eighties and my Polish grandmother stood in the laundry room door as I hoisted the heavy, wet (and ruined) wool out of the washer to lay it flat on a towel on top of the dryer, informing me “You shouldn’t wash wool sweaters, they will shrink” and I informed her that I knew what I was doing (I didn’t) and that my mom washed the sweater all the time and it was fine (I was making shit up because I didn’t know that my mom either folded and returned the sweater to my room when she found it in the laundry or took it to the dry cleaners) and that it wouldn’t shrink (it totally shrunk).

The other thing that’s great about this Sweater post is that when the dam does break and I start writing a bunch of stuff, it’s total nonsense and doesn’t go anywhere, and it’s absolutely perfect that the title was probably chosen for a post that was going to be nonsense anyway, so really, I’m finishing what I started. I’m basically a genius, I just can’t remember my own thoughts for longer than the time it takes to have the thought and to retrieve and turn on the computer and log into the backend and open a new post and type a title. (insert shrug emoji)

It’s possible I was going to talk about my house sweater that I wear all the time down in Florida in the cooler months, and my general opinion about house sweaters, and what house sweaters actually are, and why they exist and why everyone should have one, but I feel like if that were the case, I would have called it House Sweaters. Or at least, Sweaters.

But it’s clear I was going to talk about one sweater in particular, and I have no idea which sweater that might have been. I’m afraid it will forever be a mystery.

It doesn’t matter. Because the dam broke and here we are. With words in my head again, words that are able to travel out of my head, with not a care in the world if they’re read by anyone but myself (there’s actually a parallel to house sweaters here, as house sweaters are really only meant to be worn around the house, but they have to be presentable enough in case someone shows up at the door or you zip out to run an errand and forget you were wearing the house sweater and it’s fine because it’s totally presentable enough for public viewing, as far as you’re concerned, even if others are giving you side-eye you don’t really notice or care because it’s a super comfortable sweater just like these are all super-comfortable words and yes, I’ve had a couple glasses of wine but I can still control a sentence).