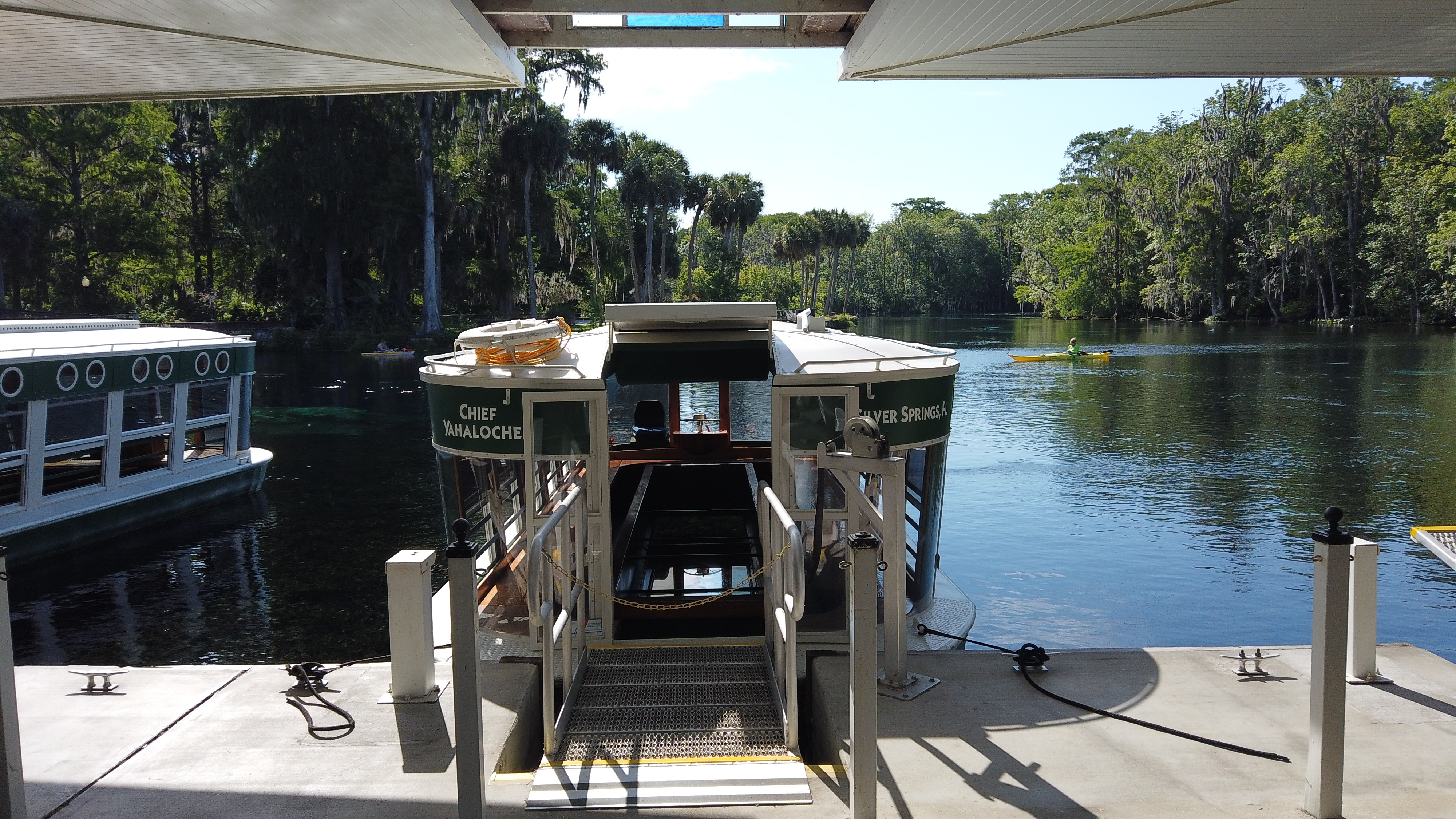 I love me some kitchy, old-school Florida. Before the theme parks took over, spots like Silver Springs were the Florida way. This place has been around for over a hundred years. It’s Florida’s first tourist attraction, just on the western edge of the Ocala National Forest (which I got to drive through to get there).

Down below the water is one of the original glass bottomed boats. Though the glass is long gone, the frame remains. Back then, the ladies would sit “in their fluffy dresses,” as our captain called them, and the men would row.

Lots of movies and TV shows were filmed there. The Tarzan movies, and the Creature from the Black Lagoon. Gill Man was played by Ricou Browning, who grew up in the area and was an employee at the park. He could hold his breath for four minutes, according to our boat captain. He went on to direct underwater scenes in a variety of other movies and television shows. He created Flipper!

The park itself is absolutely beautiful, and aside from the glass-bottom boat tours which run daily, you can kayak and canoe. No swimming, though. At one point as we tooled around on the water, the captain glanced at a cluster of kayakers and remarked that he wouldn’t want to be hanging out there if he were them, because a big alligator had been hanging out there the previous day. Then he spotted the alligator, pointed him out to us, and moved along. We swung back around there on the way back and the kayakers were gone. Were they eaten? Should we have warned them? (This is the excitement level at Silver Springs, which is perfect. It’s so peaceful.)

There are several hiking trails winding through the park, but as it was getting hot and I didn’t have a lot of water with me, nor decent hiking shoes, I wandered instead along a boardwalk that went through the woods and above the springs. You can get a glimpse of how peaceful it is in the video at the bottom of the post. You can also hear the monkeys calling out. Monkeys!

I’ll be returning. I want to hit those hiking trails, do a little kayaking, fight off some monkeys and scare myself with possible glimpses of alligators. They also run longer boat tours on the weekends (90 minutes as opposed to the 30 minute tour I enjoyed).

Admission to the park is $2. Weekday boat rides are $11, and the Friday-Sunday 90-minute tours are $25. Bring a few bucks to tip your boat captain, unlike me, who felt like a jerk because I had no cash with me. You can get more information, or reserve a boat tour at the Silver Springs website (reservations are not required. There were only 6 people on my boat, though I was there in the morning).

There is a restaurant at the park, and an ice cream shop, as well as a gift shop, but when I go again, I’m going to bring myself a picnic and find a nice shady spot to sit amongst the wild Florida beauty.