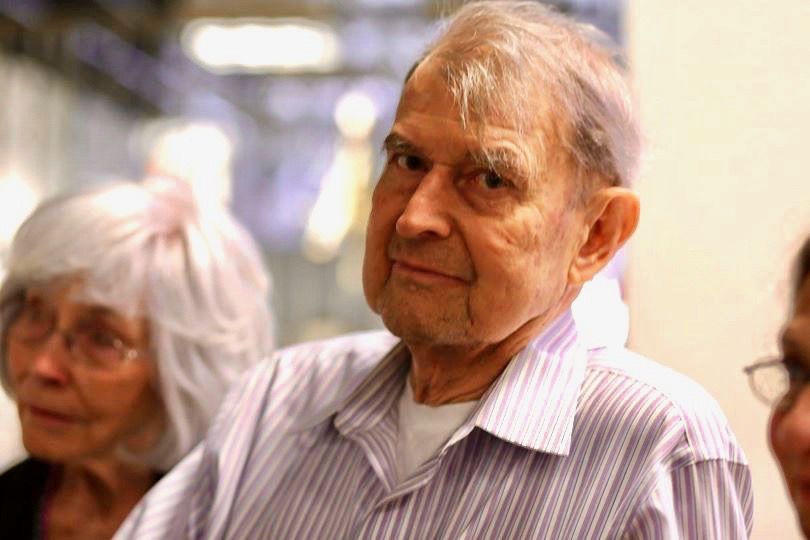 I remember, long ago, when the Columbia College Fiction Writing Department was still on 8th floor of the Wabash building. The first day of a semester of Advanced Fiction back then involved all of us Advanced students standing around in the hallway for about 45 minutes, nervous, some of us smoking (because we could do that then, grinding the butts into the pock-marked carpet beneath our soles–John and Betty hated it), waiting to see who would pick us, while the Advanced teachers huddled in a classroom working out the best way to split us all up. Knowing full well what we needed, how to best serve the stories inside of us at that time, and spending all that time and energy dividing us into the most ideal groups possible–a combination of director and students that would create some magic for four hours once a week for 15 weeks.

I don’t know why I found it so maddening! It was such a gift to us students, us writers. I mean, I won’t claim it always worked out perfectly, but if it didn’t, it was probably (certainly) more our fault than the fault of their careful considerations. That they took all that time to consider us, our work, who we are as people–a fucking gift!

They could have been in there doing shots of whiskey and picking names randomly out of a hat and laughing about us standing out in the hall like a bunch of dorks, but if so, we didn’t know that, and the ceremony of it was pretty effective–it helped us to sense the true weight of the work we were about to do. (They weren’t doing shots or picking names randomly–they believed in us and the value of our work. I just like to make jokes.)

And then they’d come out, clutching scratchy lists of our names and announce us, one by one, like picking dodgeball teams in middle school, and off we’d trudge to our assigned classrooms, our designated semi-circles.

John had this way of saying a name. He had this beautiful, resonant voice that leant a weight and import to everything he said (though, truthfully, he could have had a squeaky clown voice and it wouldn’t have changed the meaning). But the way he would say my name made me feel that he found me to be an important and valuable person (does that sound silly? Melodramatic? I don’t care–it is what it is). There was a sexiness to it, if sexiness is when you feel the word that is your own name sizzle in your own blood and bones for a second. He could have followed it by asking me to run to Starbuck’s for him for a tall coffee with a green straw stuck into the sip hole on the top, and I’d have descended the elevator like I was on a mission for God.

(He wasn’t a God, though. I must be ever vigilant of getting caught up in my own tendency towards melodrama, towards sentimental filters. It does not serve the experience of knowing him and having been taught by him to ignore the fact that he had faults, like any of us do. But now is a time to remember and honor his legacy, the enormity of the value John and his own work brought into my life, which I carry with me every day, put in to every word I write, thanks to him and to all of the people he taught who taught me and on to the people I taught. I see it now in a way I did not when he was still flesh and bones and breath among us. His legacy spans generations of writers and teachers. It is enormous.)

Anyway, there came the Wednesday evening, surrounded by my peers, when John read my name from his list in his deep, resonant voice full of importance and looked directly at me and I was all “Ah, fuck, I’m not good enough for this!” and then “Wait, I must be pretty fucking awesome!” And then “Oh, Don DeGrazia is going to be in my workshop too? *Swoon*.” I was maybe 20 years old at the time. 21? So simultaneously silly, terrified, and smitten with my own awesome damn self. I suppose not much has changed. But this isn’t about me, really.

It’s not as important what I wrote during those 15 weeks as it is that John recalled that work and asked about it for years afterward. Then worked on it with me as my thesis advisor many, many years later. And lest you think that the work itself must have been so spectacular that it resonated him for 20+ years, the truth is that he did that with so very many of us.

I could dig up a hundred little stories about John, but I’ll share just one more here.

I was an MA/MFA student at the time, in my thirties by then, and John asked if I wanted to teach for the SGI summer programs for kids. Devon Polderman ran the training sessions, and during one particular session, I totally flopped. I just wasn’t in it. I wasn’t giving the training as a whole a fucking lick of respect, if truth be told.

The evening following that particular training day, when I’d essentially just not bothered trying, John called me up at home. I remember seeing his name on my caller ID and thinking “Ahhhhh fuck. Devon told on me, the dick.” I assumed John was calling to tell me I wasn’t cut out for it.

“Viki…” (hear it. Viki. Feel it. Deep, and sizzling in your blood and bones). “Devon says you’ve lost your mojo.”

Now, if you know John, and you know Devon, and you know me, you’ve just laughed out loud. Because I cannot imagine Devon called John up and said anything remotely close to “Viki lost her mojo.”

But there it was. The nicest way possible to say “Devon says you’re being lazy and uncommitted to this thing that is very important to me, that I’ve asked you to participate in because I think you’ll be good at it.”

I probably stammered something about having had a bad day, but John mostly ignored what I said.

“Do you think you can find your mojo?” he asked.

And I paused for a second. Could I find it? I mean, the kind of mojo that is necessary in order to carry John’s method, his life’s work, his passion, into summer classrooms filled with kids? And eventually into Fiction Writing Department semi-circles filled with eager young writers? Because that’s what he was asking.

My father died a couple of years ago, and shortly after his death, my mother and I came down to Florida, to my father’s favorite place, to feel closer to him, for some January sunshine after the frigid bleakness that was that winter and the tail end of my dad’s life, and I sat on the beach with a cocktail in the late afternoon, as had been the routine for my father and I, and this goofy seagull swooped down and stood very near me and just stared at me. If any other seagulls swooped in, maybe thinking I was going to share my vodka, or a bit of bread, that seagull squawked at them and shooed them away. I got it in my head that my dad was in that seagull,  just sitting quietly with me at the end of the day, silent, present, watching the waves.

I’m down here in Florida now, and after I heard about John’s passing, I went out to sit in the sun on a chair and be all sad and grief-stricken, you know. Now, I’ve sat outside in the sun in Florida for a good portion of my nearly 48 years, and I have never, ever been shit on by a bird. Not once.

But I’d lazed for maybe 15 minutes, kinda wallowing and thinking about John’s impact on my life, and though I heard the splatter on the travertine of the pool deck, I was still shocked when the bird shit hit me. My leg, my head, a drop of it on my fucking cheek! Bastard bird!

Was that John’s spirit shitting on me as if to say “Viki… Where’s your mojo?” Who knows. Does it matter? It’s right here, where he always believed it was.

There are many other things I could say here. How much I admired the love between John and Betty, the incredible respect we could all see they had for each other’s whole selves and how much that said about the kind of people they were. How a workshop or a teacher training class with John would leave me both drained and full of energy. How sad I was to hear that Columbia College chose to treat the two of them so disrespectfully towards the end. Damn fools don’t know what you had. How my experience of even the smallest of moments in my life is more full because of what he has taught me. But this is already 3 times longer than I’d intended.

Thank you, John. Pen to page. One word after the other. Seeing it. Hearing it. Feeling it. Trusting it. Thank you.

bird-shitJohn-schultzlegacymojostory-workshopteachingwriting
By Viki Gonia, May 9, 2017